Skip to main content
It looks like you're using Internet Explorer 11 or older. This website works best with modern browsers such as the latest versions of Chrome, Firefox, Safari, and Edge. If you continue with this browser, you may see unexpected results.

God is to be found in the simplest of our daily activities and especially through total surrender to whatever is His will for each of us. That is the message of this 18th-century inspirational classic by Jean-Pierre de Caussade. Its encouragement to "live in the present moment," accepting everyday obstacles with faith, humility and love, has guided generations of believers to holiness and spiritual peace. -Ignatius Press

The dialogue of the seraphic virgin, Catherine of Siena

The dialogue of the seraphic virgin, Catherine of Siena : dictated by her, while in a state of ecstasy, to her secretaries, and completed in the year of Our Lord 1370 : together with an account of her death by an eye-witness / translated ... by Algar Thorold. 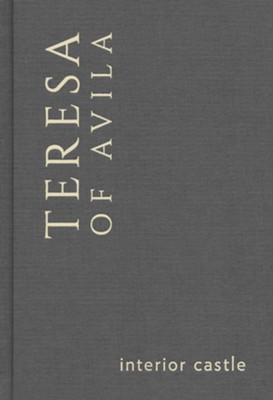 A cornerstone book on mystical theology, Interior Castle describes the seven stages of union with God. Using everyday language to explain difficult theological concepts, Teresa of Avila compares the contemplative life to a castle with seven chambers. Tracing the passage of the soul through each successive chamber, she draws a powerful picture of the path toward spiritual perfection. . 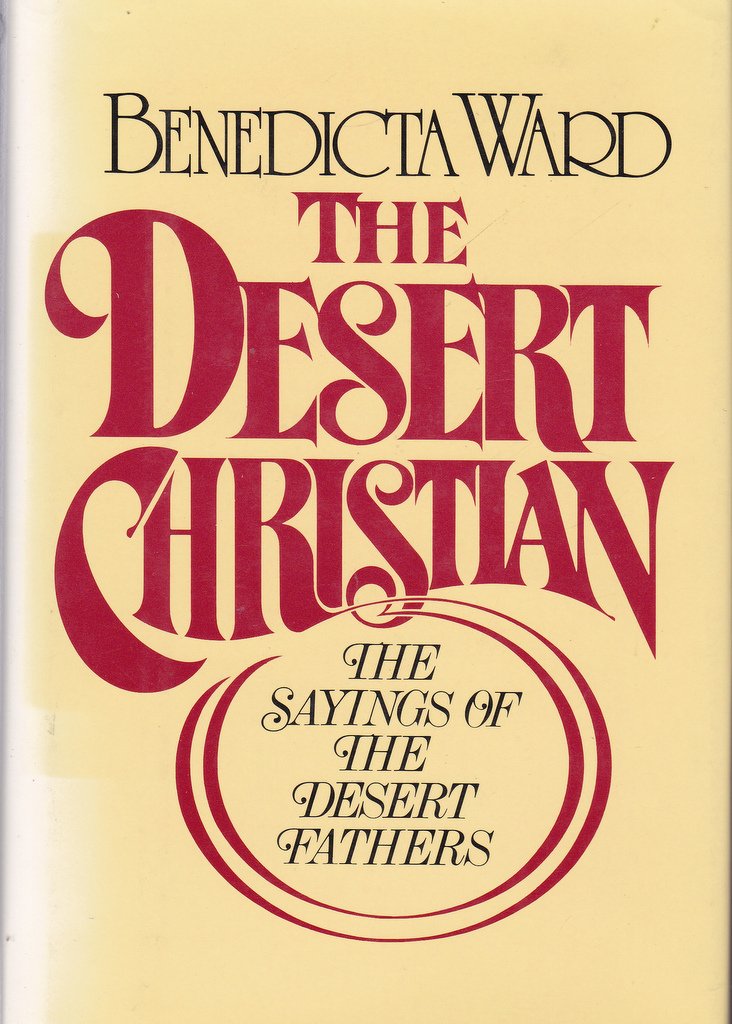 The Desert Christian: Sayings of the Desert Fathers

"Every Christian who seeks God through prayer is continuing a tradition that began with the 'dsert fathers' of the fourth and fifth centuries A.D...Here is the famous work known in Latin as "Apophthegmata Patrum" - a complete collection of the desert fathers' sayings on spiritual progress, inner peace, self-control, pure licing, wealth and poverty, patience, humility, prayer, hospitality. and obedience." -Amazon 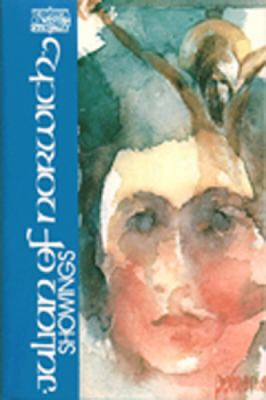 Julian, an anchoress who lived in solitude in Norwich, England in the late 14th century, received the 16 "showings" or revelations of God's love in a series of experienced visions. The first version was a short text. The second, longer version was apparently written some years after the first, when she had had time to pray and reflect about the teachings God had given her. 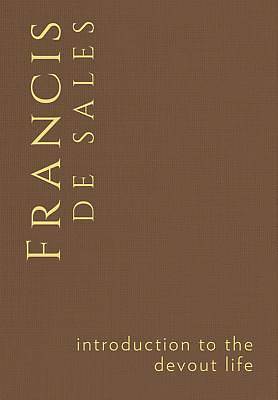 Introduction to the Devout Life

This masterpiece of Christian literature by a 16th-century priest explains how to live a holy life in the secular world. Drawn from the letters of St. Francis de Sales, it presents clear and direct advice about praying, resisting temptation, and maintaining devotion to God. -Amazon 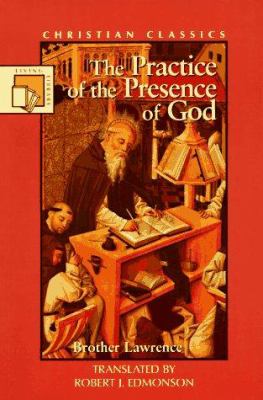 The Practice of the Presence of God

Brother Lawrence was a man of humble beginnings who discovered the greatest secret of living in the kingdom of God here on earth. It is the art of “practicing the presence of God in one single act that does not end.” He often stated that it is God who paints Himself in the depths of our souls. We must merely open our hearts to receive Him and His loving presence. 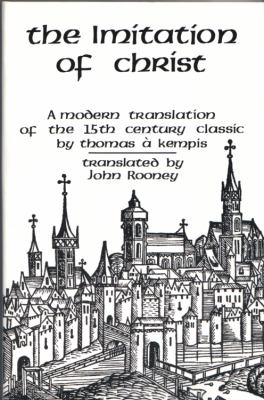 The Imitation of Christ

The Imitation of Christ by Thomas à Kempis is a Christian devotional book. It was first composed in Latin ca.1418-1427. It is a handbook for spiritual life arising from the Devotio Moderna movement, of which Kempis was a member. The Imitation is perhaps the most widely read devotional work next to the Bible, and is regarded as a devotional and religious classic. The book places a high level of emphasis on the devotion to the Eucharist as key element of spiritual life.-Amazon 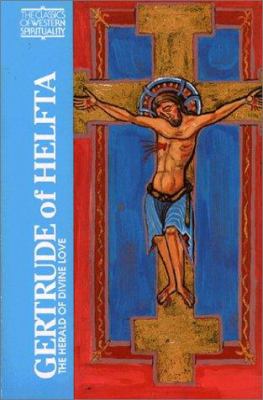 The Herald of Divine Love

From her entrance to the Benedictine abbey of Helfta near Eisleben in Saxony, as a child of four in 1260, until her twenty-sixth year, Gertrude lived what she was later to consider a lax and worldly life, following the monastic observance outwardly, but applying her brilliant mind and boundless enthusiasm to secular studies. Then, when she was twenty-five, all was changed. The Lord appeared to her in the form of a beautiful youth inviting her to a conversion of life and to close union with himself. She was continually granted extraordinary mystical favors, including an intense awareness of God's loving presence in her soul; and despite her great humility and consequent reluctance she understood that she had been granted these graces for the good of others and was therefore required to make them known. 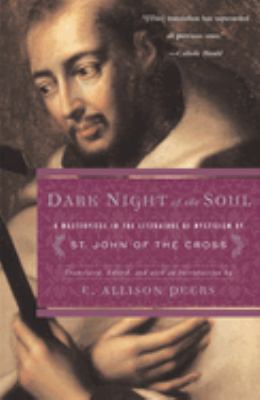 Dark Night of the Soul

The great Spanish mystic's guide for the aspiring soul details how those seeking God must enter a "dark night" of soul effacement before they can experience union with God. 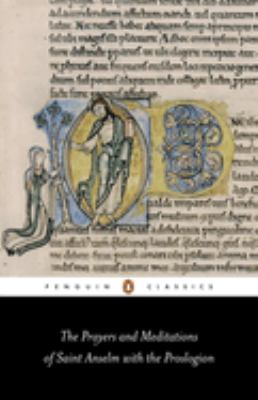 Prayers and Meditations of Saint Anselm with the Proslogion

Mostly written between 1070 and 1080, before he became Archbishop of Canterbury, the prayers and meditations of Anselm of Aosta created a tradition of intimate, intensely personal devotional works written in subtle and theologically daring prose.The meditations include a searching exploration of the state of the soul and a lament on the loss of purity, and the Proslogion discusses the mysteries of faith. With their bright imagery, beautiful language and highly original thought, the works of Anselm have secured a lasting place in both religious and secular literature. 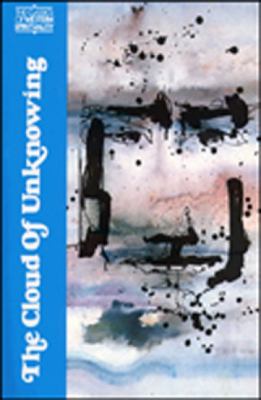 The Cloud of Unknowing

Written by an anonymous English monk during the late fourteenth century, The Cloud of Unknowing holds an important place in the history of both Western literature and spirituality. Though originally intended for a select audience, the work's simple, engaging style has won it widespread popularity since its rediscovery more than a century ago. The Cloud puts forth a method of contemplation that stresses the impotence of the understanding to break through the cloud of unknowing that separates God and humanity. Rather, "it is love alone that can reach God in this life".

The Spiritual Exercises of Saint Ignatius

The Spiritual Exercises of St. Ignatius, one of the great masterpieces of the Christian canon, today continues to offer some of the most accessible and insightful guidance for going on retreat -- whether as a part of a group or by oneself. Based on the rich fruit of St. Ignatius' own meditations and practice, this guide for spiritual perfection has been treasured and faithfully used for centuries by members of the saint's Jesuit order and by millions more. -Goodreads 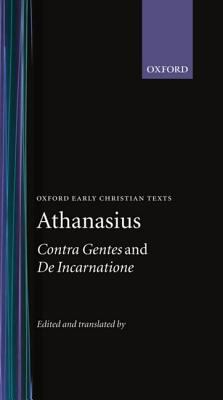 By any standard, this is a classic of Christian theology. Composed by St Athanasius in the fourth century, it expounds with simplicity the theological vision defended at the councils of Nicaea and Constantinople: that the Son of God himself became "fully human, so that we might become god." Its influence on all Christian theology thereafter, East and West, ensures its place as one of the few "must read" books for all who want to know more about the Christian faith. 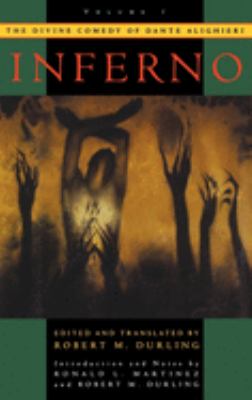 An epic masterpiece, Dante Alighieri's "The Devine Comedy" is an incredible dramatic journey that takes the reader from the glories of heaven to the searing pit of hell. Dante's poem is one of the finest and most enduring works in Western Civilization. 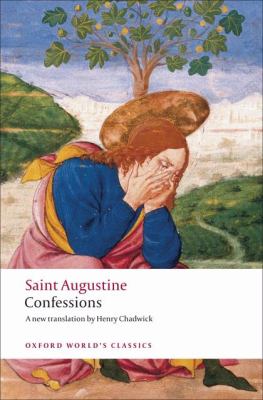 In his own day the dominant personality of the Western Church, Augustine of Hippo today stands as perhaps the greatest thinker of Christian antiquity, and his "Confessions" is one of the great works of Western literature. In this intensely personal narrative, Augustine relates his rare ascent from a humble Algerian farm to the edge of the corridors of power at the imperial court in Milan, his struggle against the domination of his sexual nature, his renunciation of secular ambition and marriage, and the recovery of the faith his mother Monica had taught him during his childhood. 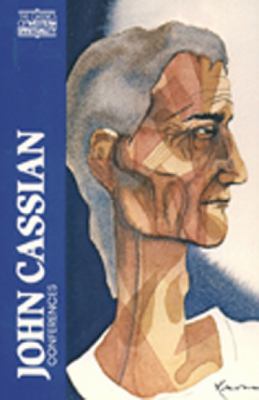 John Cassian (c. 365-c. 435) journeyed to the West to found monasteries in Marseilles and the region of Provence. Conferences is his masterpiece, a study of the Egyptian ideal of the monk.

The Glories of Mary

The Glories of Mary is five complete books in one volume. The first book explains the words of the Salve Regina, shows how God has given Mary to mankind to be the Gate of Heaven. The second book explains Our Lady s principal feasts and reveals to the reader s mind fresh truths about these mysteries. The third book explains the Seven Sorrows of Mary and shows why Our Lady s martyrdom was longer and greater than that of all other martyrs. The fourth book describes ten different virtues of Our Lady, and the fifth book gives dozens of famous prayers, meditations and devotions to her.

Considered by many to be the greatest single book of Marian spirituality ever written, True Devotion to Mary is St Louis de Montfort's classic statement on the spiritual way to Jesus Christ though the Blessed Virgin Mary. Beloved by countless souls, this book sums up the entire Christian life, showing a way of holiness that is short, easy, secure, and perfect—a way of life chosen by Our Lord Himself.